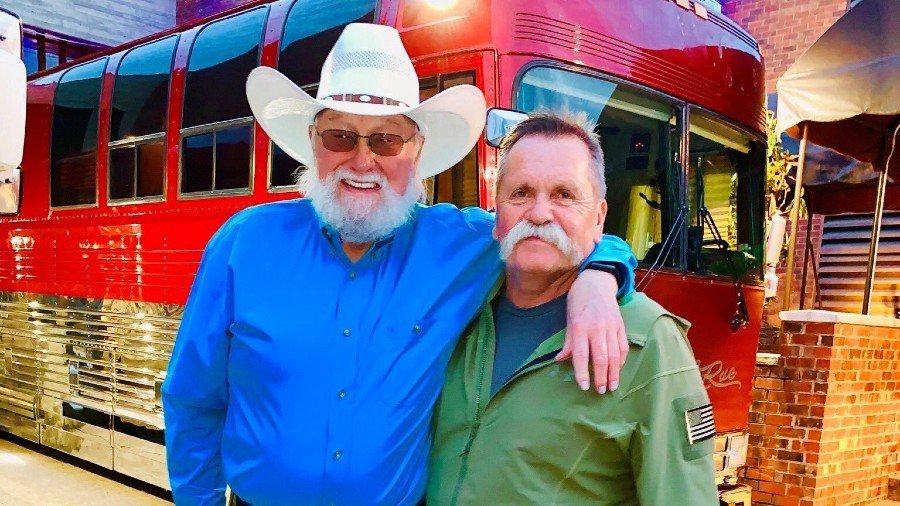 Charlie Daniels‘ longtime manager, David Corlew, was also among Daniels’ closest friends. Corlew is speaking out about the loss of his former boss, and his determination to move forward with The Charlie Daniels Journey Home Project, assisting veterans all over the country, in the singer’s absence, this time with Chris Young stepping in to help.

Corlew admits it has been a challenge moving forward without Daniels, but he is determined to honor Daniels’ legacy, even amid his own grief.

‘I’m doing what I think Charlie would expect of me,” Corlew says. “Obviously I’ll always miss him. He’s been such a big part of my life. I spent my entire adult life — I spent more time with him and anybody else in a lifetime. So I miss him every day. There’s always something that reminds me one way or the other of our friendship and relationship. I’m going to keep moving forward, keep doing what he would expect of me. Do the work.”

Young is also honored to help continue Daniels’ mission, in any way he can.

“I’ve got military in my family,” Young tells Everything Nash. “I’ve sat on boards for military organizations that were nonprofits. I’ve been overseas multiple different times to Iraq, South Korea. It’s something that I’ve seen firsthand. And I know that music can make a difference in that. It’s one of the things that I’m really, truly passionate about. So I’m very happy to now be involved with that, and helping them raise money and keep that and everything that Charlie meant to so many people, going.”

For Corlew, Young was the perfect place to step in and try to fill the big void left by Daniels.

“It just makes a lot of sense,” Corlew acknowledges. “It was God doing for us what we can’t do for ourselves. I had no idea who I would be able to find that that could carry on, that could fit in that space. Chris is the guy. So we’re overwhelmed with joy that he’s going to help us with this.”

Daniels passed away on July 6, after suffering a hemorrhagic stroke. He became a member of the Grand Ole Opry in 2008, and the Country Music Hall of Fame in 2016.

The date for the 2021 Volunteer Jam has been moved to August 18. It will be held at Nashville’s Bridgestone Arena, are available at Ticketmaster.com.