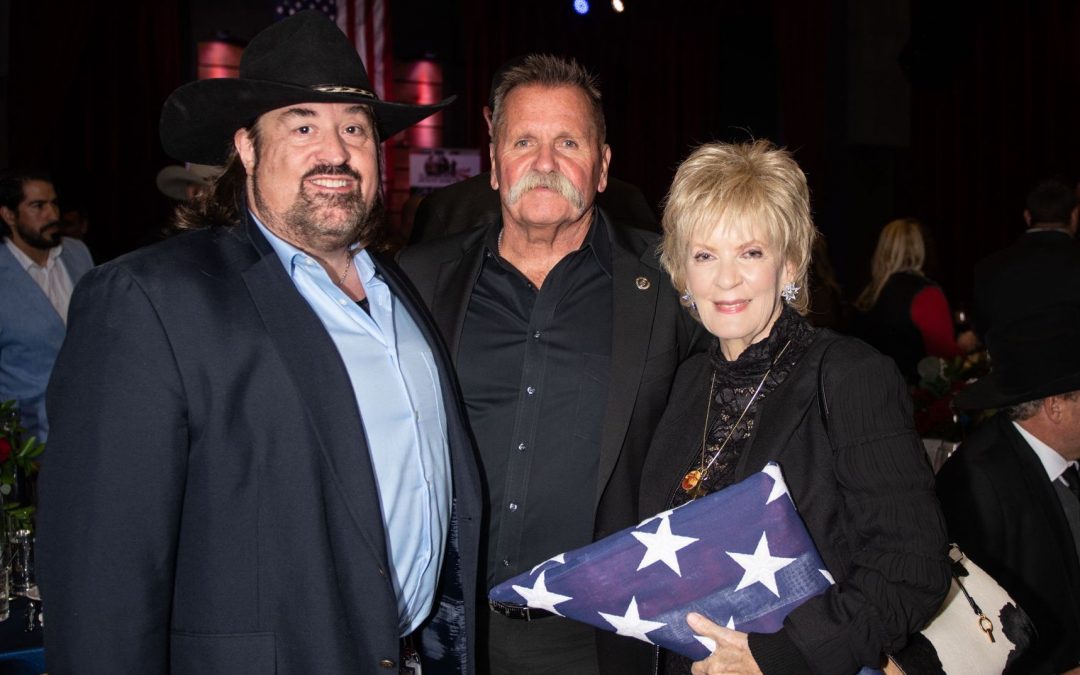 Charlie Daniels would be so proud.

“It’s special in a lot of different ways,” Worley said of receiving the award. “It’s rewarding to be recognized for your hard work, but I think Charlie and I felt the same way about that. This isn’t something we had a choice in. This is something we saw and knew it had to be done. No one was doing it, so we said, ’That’s going to be our gig.’ Him not being there is weird. I know he’s looking down and smiling, and he’s in a whole lot better place. There’s just a big void.”

He treated the audience to a performance of “Have You Forgotten.”

“Charlie saw something in me,” Worley said. “He said, ’God’s not done with you. You’re going to do greater things through him.’”

Chris Young, a former Patriot Award winner, entertained guests with a multi-song set that included his first No. 1 hit “Gettin’ You Home (The Black Dress Song),” his CMA-nominated “Famous Friends,” and “The Dashboard,” an emotional ballad about a soldier who returns from war.
https://www.youtube.com/embed/qG_ZgwRJ1Po?feature=oembed
“This isn’t just an event, but a movement and a legacy for Charlie,” said Young, who donated a large sum of money to The Charlie Daniels Journey Home Project after his performance. “I’m so grateful that you wanted to have me here to play some music and be a part of it.”

Daniels’ longtime manager David Corlew quoted the singer, saying: “I quote Charlie in saying ’By the grace of almighty God and the United States military,’ we did it.”

“The doubt fell on all of us when Charlie passed,” Corlew said. “When you spend half a century with someone, you wonder what life will look like without him. That brings us to tonight, and it’s emotional, but it’s a feeling of strength, too. We sold a lot of tables, and a lot of people wanted to be a part of it.

“I’m encouraged,” he continued. “The most fun part of this year was the day I got to sit down and lunch and tell him he was winning this award. It’s hard because there’s not many artists who do go and give that extra time.”