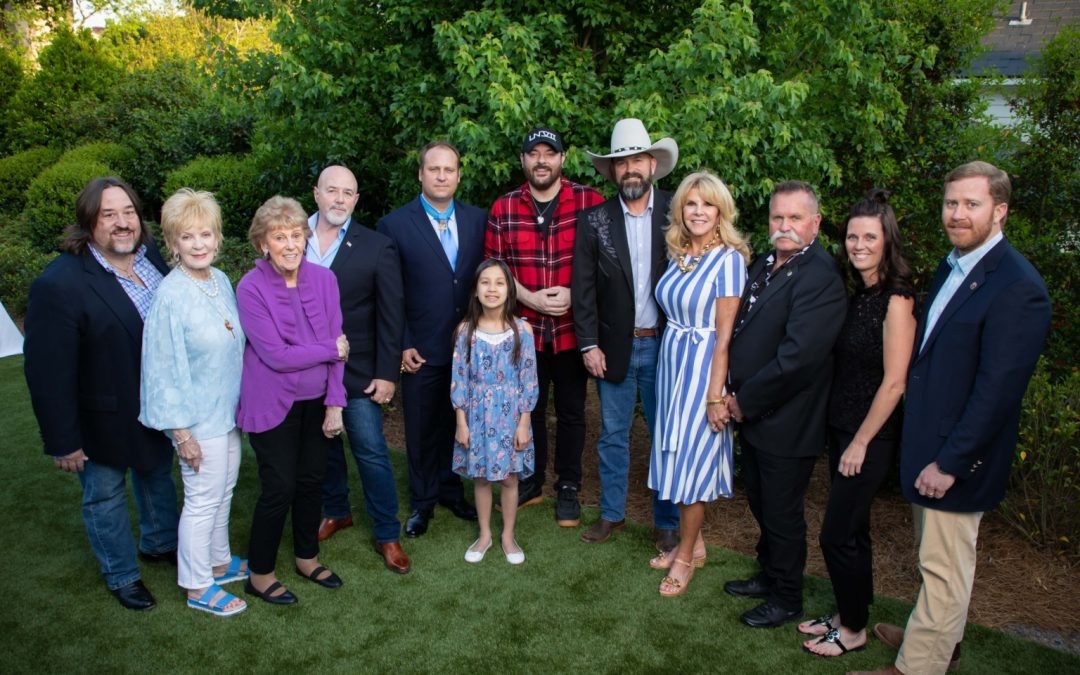 With the help of country music star Chris Young, The Charlie Daniels Journey Home Project (TCDJHP) has generated over $1.2 million since the spring of 2021. Most recently, he performed at a special private dinner event held in Atlanta where TCDJHP partnered with The Shepherd’s Men, raising thousands for the cause of helping our former men and women in uniform.

“We attribute so much of this exciting growth to the generous heart and hard work of Chris Young, who has made an enormous impact in our fundraising efforts, as well as sharing our mission,” says TCDJHP co-founder David Corlew.

TCDJHP is also proud to announce a new direction in educational support by creating a scholarship for The Working Ranch Cowboys Association. In the past year, TCDJHP has distributed over $60,000 in student scholarships and educational programs to the University of Tennessee and Middle Tennessee State University, among others.

Since October of last year, the veterans non-profit founded by the late Charlie Daniels, has distributed approximately a quarter million dollars in support of the men and women who have and continue to service the U.S. military.